There are many VPNs, and some are good for streaming Netflix and other streaming services, while a few others are good with privacy, torrenting, and fast browsing. But what if I tell you there is a VPN that does most of these jobs reliably? In this blog, we will review one of the lesser-known VPN app SurfEasy and why is it best?

What is SurfEasy VPN?

SurfEasy is an all-rounder VPN service that protects online identity and privacy while allowing geo-restricted content and safe torrenting.

Here is what SurfEasy provides –

The best part about using SurfEasy is, you get limited features at a higher cost compared to the competitors. And it is not one of the top 10 VPNs that we recommend and you will know why in the following sections.

All the data is sent through AES-256 encryption, and there is no way any device or technology can break it. When your information is ready to be transmitted through the VPN, the first step it does is encrypting your data using an asymmetric key exchange, which is also known as a handshake. Now, the data is transferred through a secure tunnel/channel to transmit the information safely. During this process, asymmetric key exchange is performed to achieve perfect forwarding secrecy and make your data more secure. Once the data is received at the other end, the decryption process initiates, and the actual data is given to the client. The process is done in the same way from both ends to make a secure connection for your data.

The most concerning question a VPN user should have, is my data logged by the SurfEasy server? The answer is, No. SurfEasy is located in the USA, and there is a jurisdiction pressure of sharing logs. But, they do not keep records or track any of your information. So, even if the 5/9/14-Eyes alliance asks them to share the user data details, they cannot share much. So, be worry-free before using SurfEasy. But there is nothing like a zero-logging policy on SurfEasy, and they do store some information. Here is what they store –

This information is used for account management purposes only and is stored in an encrypted format.

The support section is not much of our interest, and we are not satisfied with it. You only get a FAQ section along with a few setup guides.

We compared the support sections of SurfShark and SurfEasy to find the best support, and here is what we found –

We love the support section on SurSharkl VPN, and there is every bit of information required to answer the user queries.

Every software has bugs in them, and it may not work the same as expected each time you try to set it up. The troubleshooting section helps you solve some of the significant problems you face while using the Surfshark VPN. You will find visual guides on how to solve

But this is not the case with SurfEasy, and the guides are limited on installing and using the SurfEasy VPN.

If you are trouble facing billing and accounts, you may want to look at the help section. Surfshark VPN has a dedicated section to solve all the queries that are related to billing and your management. For general questions, you can access the general section on the same page. SurfEasy does not have a dedicated support section for queries, and it makes it difficult for the users to contact the team.

For general queries, SurfShark also has a dedicated FAQ section that resolves some of your common problems. These questions are taken from what users usually ask the support team and put them together to make it easy for you to use the SurfEasy VPN app. Still have unanswered queries or doubts? You can directly live chat with a representative or submit a ticket online to get your questions answered.

But on SurfEasy, there is the only option to email the SurfEasy team in case of any trouble. We find this disturbing for the users and are disappointed because of the poor support system.

Good News, SurfEasy VPN does unblock the primary streaming services such as. Netflix, BBC iPlayer, Amazon Prime Video, Dieny+, and Hulu. So, if you are an entertainment freak, you would want to have your hands on this VPN service.

To make it more understandable, we ran a few tests to check if we could unblock all the popular streaming services without being detected.

We started with the united kingdom server. It was easy to connect, but we face some throttling after the connection. Once connected, we were able to stream Netflix, Hulu, Amazon Prime video, Disney+, and BBC iPlayer. Yes, BBC iPlayer did not detect us, and we passed the barriers to stream our favorite shows.

We then connected to the United States server, and it was an easy connection. Netflix US did not work for us, but Hulu and Amazon Prime video worked seamlessly without any buffering. So, it was not much trouble. What we loved about SurfEasy VPN is we were able to stream Disney+, too; this was a good feeling for us.

Overall, the streaming experience was exceptional, but a few servers did not show up. But the rest of the servers worked well.

We experienced connection throttling, but that did not stop us from testing the speed of the VPN. We had to do a test and check if the VPN stood up to our expectations on most of the servers.

Here is what the tests gave us –

Before connecting to any of the servers, we had a download speed of 15Mbps.

The first test we did was on the united states server that gave us a download speed of 8Mbps, and there was not much drop. We tested it again, and this time the speed was 7.8Mbps. This is an impressive speed performance by SurfEasy VPN, and we love it for the same.

In the next step, we connected to the united kingdom server that gave us an average download speed of 6Mbps.

We are now sure, SurfEasy VPN is one of the best VPN services based on speed metrics. But this may vary based on your location and server load. So, make sure you give it a good test before buying a paid plan.

Yes, torrenting is possible on SurfEasy VPN as it supports P2P client service. You can torrent freely without having to worry about the data logging and tracing.

However, we suggest you not torrent copyrighted materials as you may land in legal troubles. Torrenting is supported with a few additional security protocols such as OpenVPN and IKEv2 that makes your connection much secure. So, you need not worry about the intruders when you are sharing sensitive or essential files through torrenting to your clients, partners, friends, or anyone else. The no-log policy makes it easier for you to torrent on SurfEasy VPN.

SurfEasy has so many advantages but wondering if this app is compatible with your device? Need not worry; I have made the list of compatible devices with SurfEasy VPN to make it easy for you.

You can also set up a SurfEasy VPN on Routers, making it possible for you to secure your entire network. There is a visual guide in the support section to help you with the setting up. Setting SurfEasy VPN on the router also allows the incompatible smart devices to get an encrypted connection and access geo-restricted content.

SurfEasy VPN supports AES-256 encryption that protects your online identity and data. It supports multiple other protocols such as OpenVPN and IKEv2 that governs the security.

SurfShark vs. SurfEasy – Which has the best security? Comparison

There are a few extra modes in SurfShark that make the security more effective. The hack lock mode checks for email and security breaches and keeps you protected on the web. Once you have signed up for this feature, if your data such as email is found in leaked online databases, you are informed immediately. But this feature is missing in the SurfEasy, and you have to use alternative methods such as haveibeenpwned to check the database leak.

Next, we have the camouflaged mode that allows you to access the internet connection from areas that ban VPN connections. SurfShark VPN encrypts your data so that the DPI (Deep packet inspection) understands it as regular traffic and gives you access. In case your connection to VPN is lost while surfing these areas, the kill switches feature cuts-off the internet and protects your online identity. On the other hand, SurfEasy only uses the kill switch feature to protect the data and does not perform any DPI. The third best tool for security we have in SurfEasy is blind search. This is a search tool by Surfshrk that does not track or record your searches and is ad-free. So, you use this search tool if you want to avoid Google search. SurfEasy misses this feature, and as an alternative, you can use DuckDuckGo instead of Google search to keep your data protected.

There is no much information about the servers on SurfEasy, making it difficult to judge. But our sources inform, all the servers strictly follow no logs policy. Additionally, these servers are P2P friendly and allow torrenting without any additional efforts. When you visit the server page, you can find a lot of information about what protocols and features are available on the individual servers.

The best part about SurfEasy VPN is you get to unblock Netflix from several geo-restricted areas. We performed a stream test, and we were able to stream Netflix from the united kingdom and Asia without any buffer. There are a few connection problems and throttling initially, but later you will see a smooth stream.

The plans and pricing of SurfEasy VPN have kept us on edge. After dull features and security, we did not have a hint of SurfEasy being pricy, and so it is.

Pros and Cons of SurfEasy VPN -

Overall, SurfEasy VPN is an average VPN Service. It could have been better with added features. The security is good, and it also unblocks Netflix and major streaming platforms. We loved the fact that it was secure though it had dull features. What disappointed us was not having enough information about the servers and no proper support system. The plans are pricy against the features they provide, and it could have been much better. However, we test it as an okay to use VPN Service but with limited features.
Is your Existing SEO Agency not giving results? 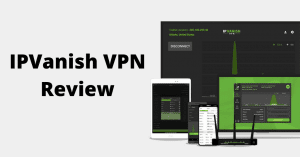 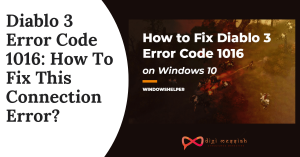 Diablo 3 is one of the most popular RPG games.... 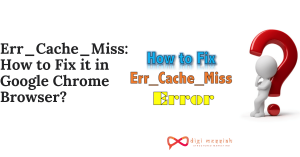 Many people are experiencing this “Err_Cache_Miss” error while they are...

If you have swollen or red bleeding gums or when... 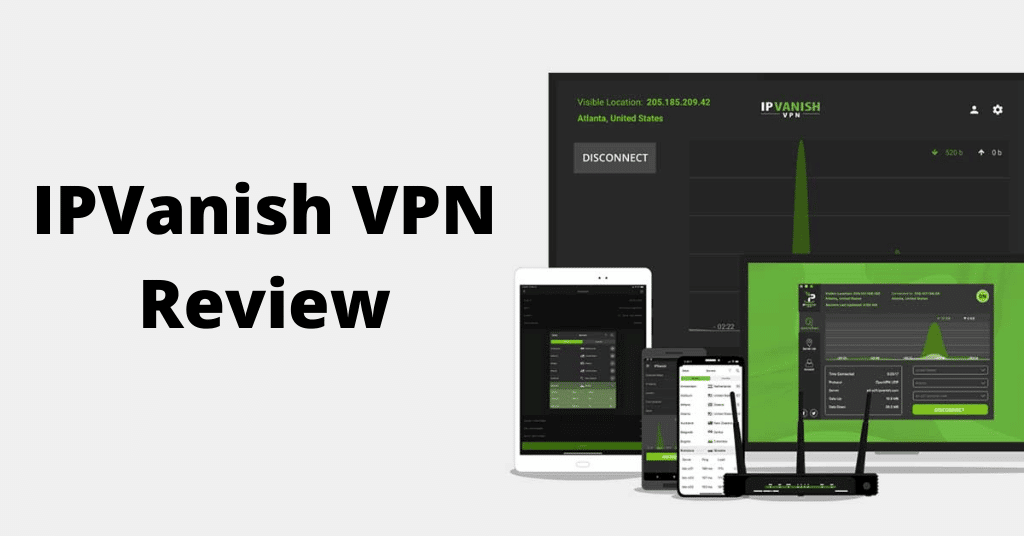 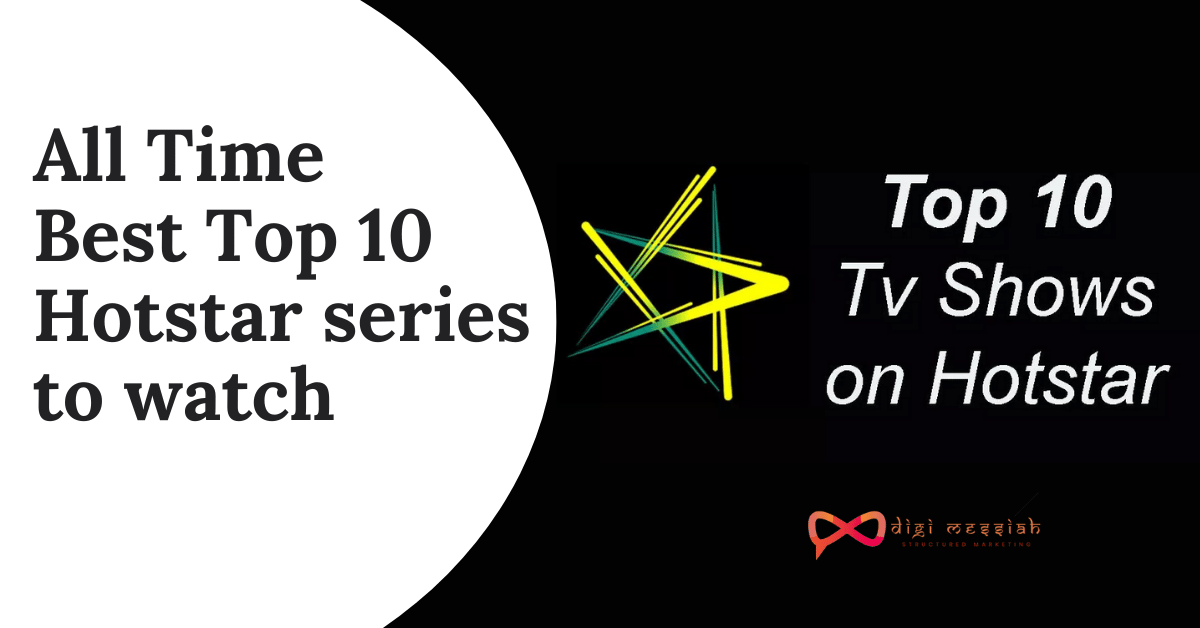 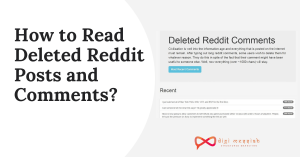