TigerVPN is one of those VPN services that are lesser-known because they are not much talked about. But we will review it today and analyze the best and worst things about it. But the ultimate question would be, is it one of the reliable and usable VPN service? Let’s dig that with our review

Your privacy is maintained as the service is guarded by AES-256 bit encryption. The military and banks earlier used this encryption standard to transmit sensitive information securely. Still, with the increase in sabotaging internet freedom, it became mandatory to bring it to life on the internet for common users. There are also cases when TigerVPN has proved to be a good guard to your data as it prevents the data spies, hackers, intruders, and the government from interfering with your private data and messing it or selling it on the dark web.

But what troubles the users is there is no kill switch feature. But what is a kill switch anyway, and why is it important? The VPN acts as a shield between your real identity and the anonymous world by masking your IP address. When the connection to the VPN is abruptly lost during surfing, torrenting, or any other important work on the anonymous world, your real identity is exposed. To avoid this, a kills switch feature is used that suspends the whole internet connection and maintains user privacy.

Another important feature that TigerVPN misses out on is there is no split tunneling option. Now, what is split tunneling? The split tunneling feature allows the users to send certain sensitive data through a hidden channel that cannot be seen by intruders, hackers, or the government. Missing out this feature declines the user privacy, but there is something more that takes out the trust of users from TigerVPN; it’s the logging policy.

TigerVPN does keep logs and stores your data that is later shared with the third party for promotional purposes.

This is what does not allow wise VPN users to use TigerVPN. They collect most of your data and also state in their privacy policy that they can share this data (if applicable).

We suggest you not use TigerVPN for sharing sensitive data over a VPN connection.

We could not find the support or help section; there is a page dedicated to the support, but it is dead cannot be found. So, if there are any issues while connecting the VPN, or setting it up, or having troubleshooting issues later, you have no option to access the knowledgebase guides or the support team in any manner.

A good VPN service would have multiple support sections such as knowledgebase guides consisting of articles or visual guides on how to install or use the VPN app on various device types and troubleshoot. Then it would have a FAQ section that discusses one-liner solutions to the most common and general questions on the VPN app and troubleshooting. The relevant third section would be the community where users can interact with each other and share the solutions to common problems while using the VPN service The last support section could be the submit ticket online or live chat to connect with the representative for fixing the issue. Unfortunately, we could not find the support section at all. So, if you are stuck while installing or using the VPN service, there is no option or access to knowledgebase resources, and you are stuck forever. It is one of the significant drawbacks of using TigerVPN.

We connected to one of the servers in the united kingdom to do the first major test of unblocking BBC iPlayer, and unfortunately, it caught us and did not unblock. We also tested Netflix, Amazon Prime Video, and Hulu, but none of them responded well, we were allowed to stream, but most of the time, the screen was only loading. Our second test was on the United States server, and it failed deliberately. We could not stream Netflix US, which is considered challenging to unblock. We tried Amazon Prime Video and also Hulu, but the streaming was not that smooth. The last test we had to do was on one of the servers in Asia; we got connected on multiple streaming platforms, but we could not stream them, and most of the time, we were only busy in buffering. With this, it is easier to understand that streaming is not that good on TigerVPN, but there are some other alternatives to this VPN that allows streaming; how about you check our other list of VPNs and pick an alternative to TigerVPN?

Speed is an important factor when you are using a VPN service; if your VPN is not fast, you will not be able to stream or torrent.

We did a speed test on TigerVPN,

Our initial speed was 15Mbps before connecting to the TigerVPN, and this speed will be used as a reference to check if the speed is good or bad when VPN is connected.
First, we connected to a server in the United Kingdom, our speed decreased and fell to 2Mbps, which was not a good result. You could still use it for browsing purposes, but we do not recommend streaming and torrenting

We connected to a server in the united states; we expected some good results since the distance was less, but we received only 3Mbps – 4Mbps on average, and most of the data was eaten by the TigerVPN

After disappointing results from the united states server and the united kingdom server, we tested the Asian server, and it failed too. The speed was 1.5Mbps on average, and we could not even browse properly as the data took a lot of time to travel

The secret to a fast speed on the VPN service is lesser distance and less server load, but TigerVPN doesn’t fit even when the distance was less. We expected some great results, such as NordVPN and ExpressVPN does.

Yes, torrenting is possible on TigerVPN, and it is because of the P2P client sharing service. They have dedicated servers for torrenting, which is the best part, and they also support multiple protocols. You can choose several protocols; you can go with OpenVPN, IKEv2, PPTP, L2TP/IPSec, but I suggest you enable and use OpenVPN protocol as they are secure, but they are not fast. You can go with IKEv2 and PPTP protocols for speed as they are fast and suitable for torrenting. TigerVPN supports AES-256 encryption, so your data is safe, but it is also logged on the servers, which is a prime issue.

Suppose you buy a VPN subscription but then later realize it is not compatible with your device; it would be a waste of money. So, we listed out the compatible device list for TigerVPN –
Unfortunately, it supports only four major device types and does not support Smart TVs, routers, browser extensions, NAS, and more. This restricts the users from running the VPN on most of the devices.

TigerVPN does provide AES-256 encryption that gives you a secure line of connection for data sharing. The military earlier used this encryption standard for transmitting sensitive data over the line. When banks started online transactions, it became a need to implement AES-256 encryption to secure the funds and transactions from any misuse. But now, with an increase in sabotaging of internet freedom, people such as data spies, intruders, hackers, and the government collect the data and sell it or use it for their objectives. It is wrong as this data is your privacy, and utilizing or selling such data can lead to significant survival questions in the future. So, it became necessary that VPNs start using such encryption methods.

How does the AES-256 encryption work on TigerVPN?

When the data is ready to be transmitted over the internet line, it is masked into a coded language using an RSA key. This process is performed and called an asymmetric key exchange, and no one can read this data or decipher it without the keys. To achieve more secrecy, the key’s value is changed during the transmission using a symmetric key exchange, and it is called perfect forwarding secrecy. Once the data is received at the other end, the deciphering process begins. First, the key is changed to its original value and then used to convert the coded data file into the original file.

Now, to break the key system and decipher the file, it would take millions of years by a group of a supercomputer that can crack billions of keys. This is why AES-256 encryption is one of the most robust and most preferred encryption standards by any VPN service.

There are speculations that Quantum computers can break this encryption, but they are still a long way to go and have a lot of cost involvement.

Apart from strong encryption, TigerVPN also supports multiple security protocols such as OpenVPN, IKEv2, PPTP, and L2TP/IPSec. These protocols ensure secure transmission over the lines. We suggest you use the OpenVPN protocol as it is one of the most robust, but also, it is slow.

The server network is not that huge; it consists of 300 servers in 61 locations and 42 countries. The servers are distributed in 6 major regions –
We did not find any surprising information about the servers. They are unevenly distributed, and most of them do not work at all. TigerVPN can improve on this by bringing in more servers and activating the dead servers.

It partially does work with Netflix, but we have not seen any good results as there are many throttling and connection issues. We did not find good speed metrics; maybe it works for you if you are nearest to the server location and the server load is less.

There is no option for a free version or trial version; also, there are no many plans to choose from. There is only one plan that costs you 11.99 Euros/Mo.

But there is a small trick that can save you some money upfront. If you change the currency, you will still find the charge as $11.99 or 11.99 GBP, which makes a huge difference as the currency exchange brings a difference and saves you a lot of money.

Pros and Cons of TigerVPN -

TigerVPN was a surprise for us, and it went out terribly. There are many loose points, such as the streaming suffers though it unblocks some platforms globally, you will have to wait for a long time. The speed is less even on the nearest server locations; there is no support or contact available as the support page is dead; it logs user data, and there is no option for kill switch and split tunneling. It is though suitable for torrenting and secure transmission with robust encryption and also supports multiple secure protocols. 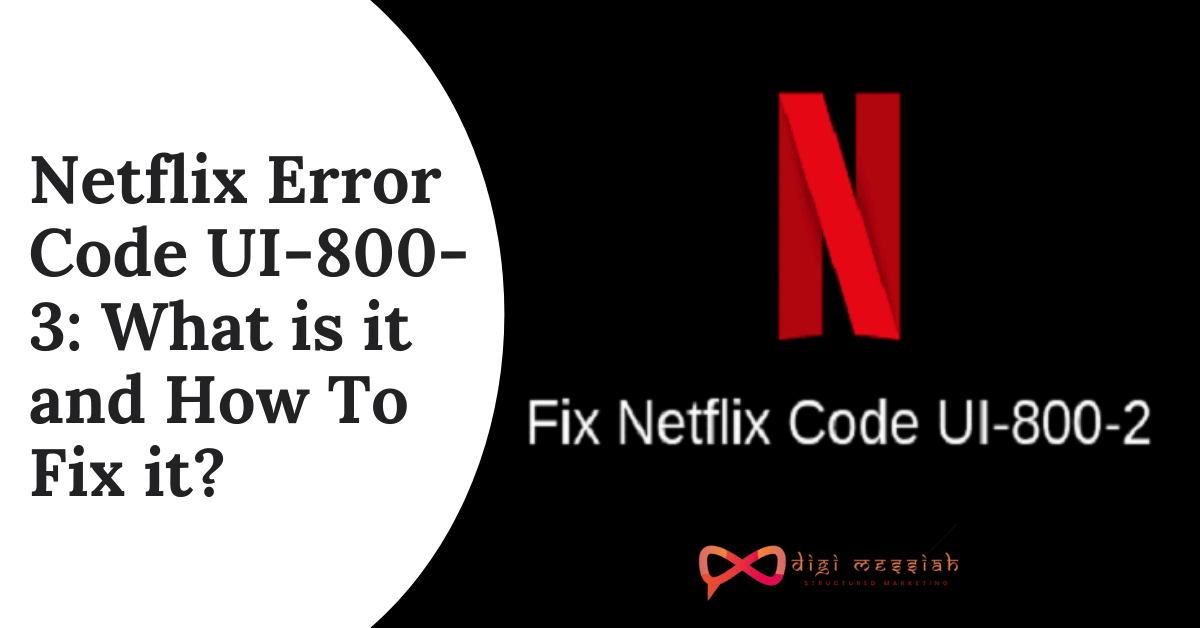 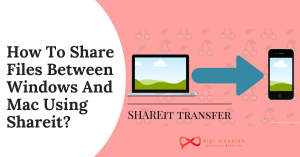