TunnelBear is for those who love speed and security and is one of the most popular VPNs in the industry. But does it justify its title? Is it worth all the hype? Let us breakdown TunnelBear in today’s review and know if you should be using it. 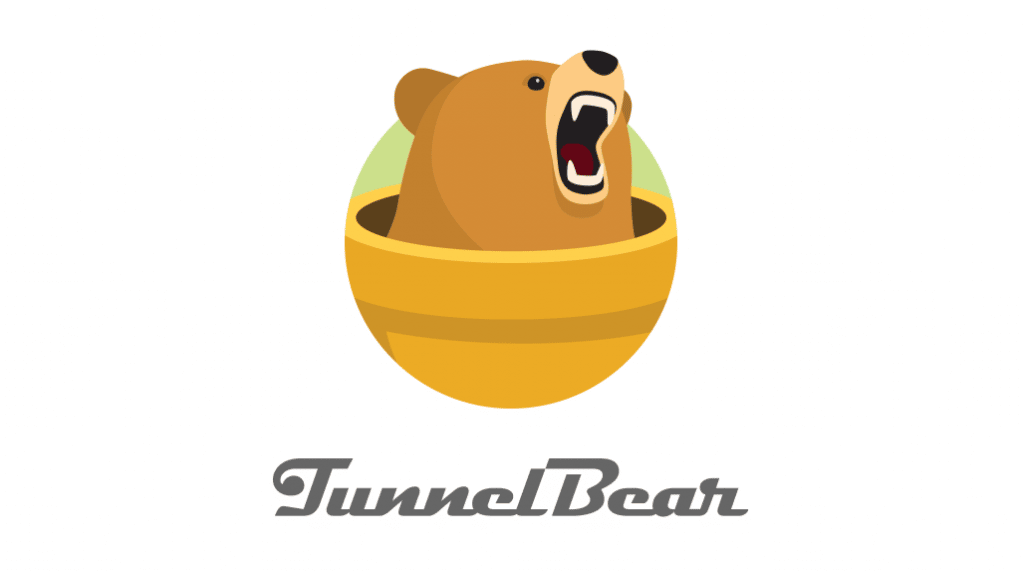 What is TunnelBear VPN?

Developed by Daniel Kaldor and Ryan Dochuk in 2011, TunnelBear is a VPN service that encrypts your internet connection to keep your online activity private on any network and maintain user privacy.

What does TunnelBear VPN have to offer –

TunnelBear is for those who love VPN speed; other VPN services fail at this and don’t provide a good internet speed over a VPN connection.

You get complete privacy while using TunnelBear VPN as it does not log your data and gives you secure AES-256 Encryption. This encryption standard is one of the highest and strongest encryptions that is impossible to break. A group of supercomputers that could break a billion keys per day will also take millions of years to break this encryption and reveal your data. It can only be accessed by the RSA keys that are private and available at both ends.

In addition to this, TunnelBear VPN provides its user with VigilantBear technology, which is an automatic kill switch feature. When you are surfing the web anonymously using the TunnelBear VPN and suddenly drop the connection with the VPN, the VigilantBear feature would automatically cut off the internet connection on your device to avoid any data disclosure to the other side.

TunnelBear is one of those rare VPN companies that have run a public privacy and security audit. As of this review, TunnelBear has passed the security and privacy audits two times in a row.

TunnelBear supports zero-log or no logging on its server. But what does that mean?

When you browse the internet with a VPN connection, all the data such as sensitive information, SSN, Passwords, credit card details, and any other PII (personally identifiable information) pass through the VPN. Many notorious VPN providers save this data and then utilize it or sell it to a third party. This process is logging data on the servers or making entry of data on the servers. TunnelBear assures that they do not log any of the data on their servers and maintain your privacy and security.

However, TunnelBear is based in Canada, and they are in compliance with the 5/19/14-Eyes alliance and are bounded to share the data when asked. So, there is a chance of your information (Name and personal details that you used for account creation) being shared with the government.

There are plenty of support options available for TunnelBear users, but most of them are useful only if you have a TunnelBear account. Those of you who don’t have a TunnelBear VPN account or have an account but still have general queries can start with the FAQ section.

The FAQ section answers the general questions that users usually have about a VPN service. An example of such a question is, Why should we trust TunnelBear, or What encryption standard does TunnelBear follow? You can read this section before buying a subscription.

Next, we have getting started to find simple answers on how to download, install and configure TunnelBear VPN. This section is excellent for those who are not tech-savvy and want to do the setup.

The next three sections are about Payments and billing, Troubleshooting, and TunnelBear for teams. Here, you will find immediate and general answers to questions related to any of the above topics. And the last section is for contacting the TunnelBear representative for unsolved queries.

TunnelBear VPN needs to work the community section and improve it to make it much easier for its users to use TunnelBear VPN.

TunnelBear does not support streaming on any of the popular platforms. Yes, there is no streaming option on TunnelBear so, you have to go with other VPNs specifically for streaming and TunnelBear VPN.

Surprisingly, it works on HBO Go, and If you are a user who loves watching HBO, you can use TunnelBear to stream the channel without buffering. We were surprised rather than shocked to know that out of all streaming platforms, TunnelBear VPN supports HBO Go.

With a free plan, we connected to one of the United Kingdom servers and streamed HBO Go. It was no surprise that we watched the shows without any buffer because very few people prefer this streaming platform.

Speed. We are now finally talking about speed, and TunnelBear is very-well known for this service. One of the reasons we recommend TunnelBear is only because of its over VPN connection speed.

Yes, we tested the speed, and here is what we found –

Before connecting to one of the servers on TunnelBear, we tested our speed multiple times and noted them down (15 Mbps).

First, We started with one of the servers in Asia (India), and we were instantly connected as soon as we clicked the connect button. The average speed we got on Asia (India) server was 10 Mbps. We were in shock because we didn’t expect such a minimal loss than other VPNs, including the Top recommendations.

To be more sure, we connected to a server in the USA and UK; the average speed we got on both the servers was 10.5 Mbps, and the jitter was not that high.

We approve the claims of TunnelBear being one of the fastest VPN globally because it worked for us. Do note that the results will differ depending on the server load, location, and server location.

Is Torrenting supported on TunnelBear VPN?
Yes, Torrenting is an excellent option on TunnelBear as it has a no-logging policy and supports P2P data sharing.
In addition to this, TunnelBear is fast that will enhance your torrenting experience. Other VPN providers give you a VPN service for torrent but are not that fast, and you will end up waiting for your file to be uploaded or downloaded for hours together.

In such a case, you are lucky if you are having a TunnelBear subscription and get your torrent done super quick. 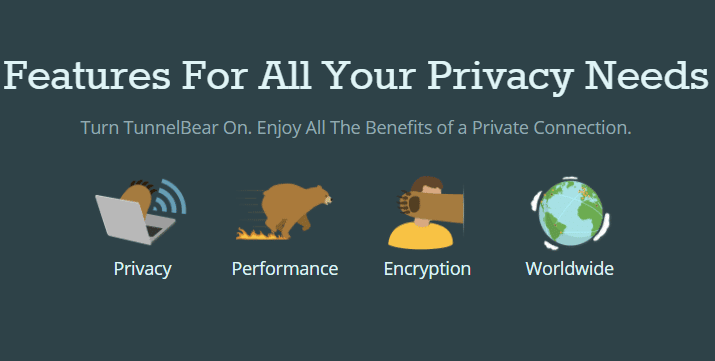 Is my device compatible with TunnelBear? Can I use the TunnelBear on my other phone? If these are your questions, they will be answered in this section.

TunnelBear supports AES-256 encryption that makes your internet connection and data secured. This is the strongest and industry common encryption standard that most top VPNs give to their users as it is impossible to break it without the help of a Quantum computer, which is still in development mode. Quantum computers can use the spin mechanism and break any encryption that currently exists in the world. But you need not worry as Quantum computers are nowhere soon, and you can reliably use TunnelBear VPN till then.

It is strange that one of the fastest VPN services globally has only a limited number of servers and in restricted countries only (26 Countries).

The servers are fast and reliable, but it depends on the server’s server load and distance between the locations. If you are far away from the server location, you will experience throttling and suffer the connection as the connection comes from worldwide.

Server switching is more comfortable and user-friendly. You get a world map, and you have to pin the location of the server you want to use. That is cool, and it is also fast. You are connected instantly and are live on that server.

It is hard to describe, but TunnelBear could have been in the top 10 VPN list if it had supported Netflix streaming. Yes, TunnelBear VPN does not keep streaming Netflix.

We ran tests on multiple servers and got banned each time we tried to enter the geo-restricted for streaming purposes. TunnelBear VPN also does not support other streaming platforms such as Hulu, Disney+, Amazon Prime Video, and BBC iPlayer.

We did take a chance to test these streaming platforms, but almost all the servers failed. It is rock solid for us that we cannot stream popular streaming websites. But if you love watching HBO Go, you can use TunnelBear as it is the only streaming service available on TunnelBear VPN.

TunnelBear gives you trustworthy services and is also a transparent VPN app, but the plans are limited to only three package.

I suggest you go with the free plan though it is limited. You can test the TunnelBear VPN in your location and check if it works perfectly. If yes, you can go with the unlimited plan.

If you are looking for a VPN that can serve many people, such as a company, the team plan should work for you. It has a dedicated account manager where you can manage all the devices, and each user can connect up to 5 devices.

Pros and Cons of TunnelBear VPN

There are several advantages of using TunnelBear VPN, and there are some unique features that make it more desirable.

The GhostBear feature makes it hard for the government and intruders to detect your connection and intercept your packages. But this feature is not available on IOS devices as they have strict privacy and policies that do not allow using such features.

Using GhostBear is not required each time when you are connected to the TunnelBear servers. Using the GhostBear feature can slower your connection and make it hard for you to use it. Without using this feature, you still get the best security over the internet.

Another best feature you get on the TunnelBear VPN is VigilantBear. It is an automatic kill switch that terminates your internet connection if you are disconnected from your VPN. This is important as VPN acts as a veil between your online identity and real identity; while surfing, if you are disconnected from your VPN, your real identity will be exposed. To avoid this, TunnelBear suspends the connection with the internet and protects your identity.

TunnelBear is also great for a few more features, millions of users are using TunnelBear, and the features are –

TunnelBear offers a special discount for students. If you are a student and have a student verification card, you can avail yourself of up to 70% off using TunnelBear Student Beans. TunnelBear is the only VPN service that provides the student discount offer.

If you are looking for a fast and secure VPN service, TunnelBear VPN is one of the best choices. You won’t be able to stream geo-restricted content from platforms such as Netflix and BBC iPlayer. Team plan, VigilantBear, and GhostBear make it one of the must-have VPN services for enterprises.
If you are a student, you can avail of up to 70% of student discount or use the free plan to test the VPN in your location before buying a paid subscription. 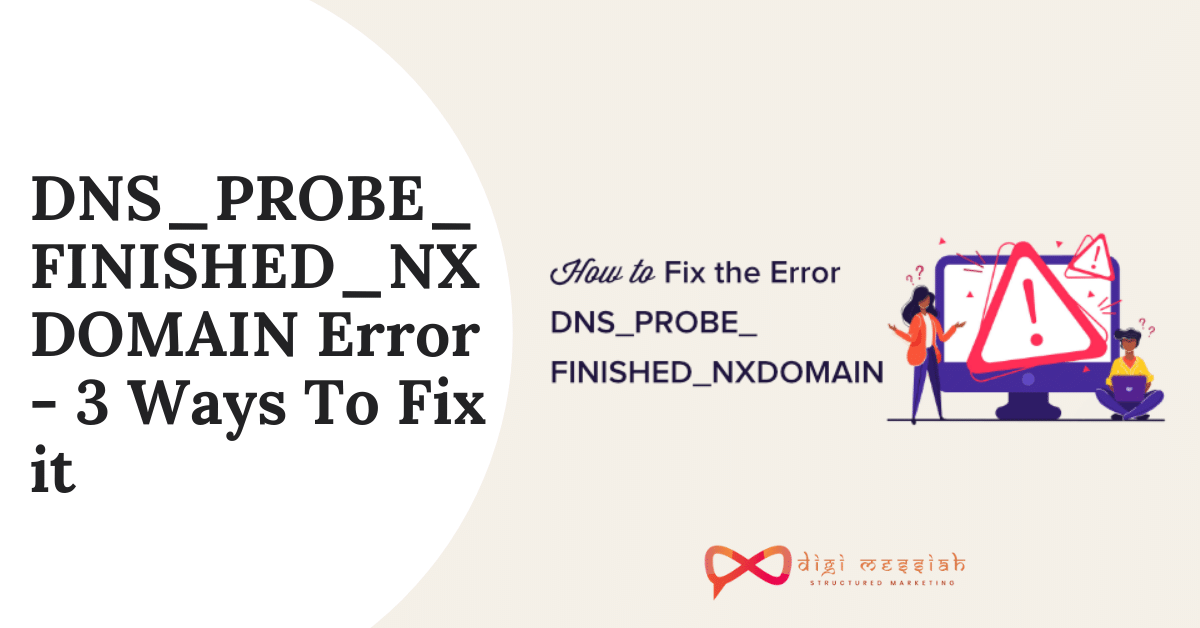 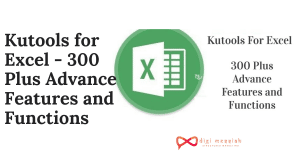